IMPORTANT ANNOUNCEMENT:
ALL BAN APPEALS HAVE BEEN MOVED TO https://discord.gg/YseSNsz6vm
Ban appeals posted on this forum/website will be disregarded from now on. Thank you!

Completely understandable, however, under different particular circumstances. Albeit, the warning were in regards to me "spamming" in which, I was not "spamming" instead gallantly and non disruptively singing along with the lyrics as was others; and in which the bot had misinterpreted it a multitude of times as "spamming." Not once did others deem it has a nuisance or issue, neither was it inherently traditional "spamming." To add into specifics, others were happily engaging in the commenting of lyrics to songs as well, some warned accidentally too.. Most imperatively, the bot warned me that I'd be "muted," If I had carried on further in "spamming" (I was not, as evident within logs and justified previously) and to everyone's surprise, I was not muted at all. Instead without any elaboration, banned abruptly. I actually had to find the luxury of contacting acquaintances I've made within the server to message the very admin whom of which banned me without elucidation. Because I was banned, they had to, themselves, contact him for necessary information.

Admin, "(japanese word) kko" had responded with "He got warned 17 times and he ignored all the bot warnings and decided to keep going, Tell him to appeal on the website after 1 week" posting.php?mode=post&f=11 (edited)

Do you find it fair that and to accordance to rationalization that I'd just be banned out of nowhere? For warnings of "spamming" even though which established I was not; not to mention the oblivious, that said user would instead be muted by the bot, not fledged out banned out from the server. One would infer this as not fair and nor reasonable.

Additionally, the bot warns an individual for spamming regardless of the content or context, one could be "spamming" or in my case the bot mistakenly warned me by me happening to comment a multitude of times at a short given period of time. Those of the server that have been within the music channel more than once have acknowledged this as an ongoing issue with the bot.

Not to mention, this Administrator had ignored this and my friend's continuous request to come to a rationalization. After waiting to hear a day or more from the from the mistaken ban, they had copy and pasted responded with the same response to my friend Shak, as shown above. Without any convenience or consideration whatsoever of a possible mistake.

Fundamentally, I mean no ill intentions and I sincerely mean this all respectfully. I had been nitro boosted to the server twice, invested, dedicated and willing to adhere to your rules. I hereby apologize for whatever it is that I have done and I would be delighted to come back and use the lovely services and welcoming community your server provides selflessly and graciously. I only ask, with kindness, why this admin had acted the way they had, I hope they are of competence to your server. As stated, my friend had tried contacting them with reasonable discussion for days but to no avail, they didn't hear my friend out at all or consider any of it. Disregarding it and leaving me in the dust. If I hadn't friended anyone within the server prior, I would be banned without 1, explanation and reasoning, 2, no way to appeal because with no link provided from them.

Thank you so much, I apologize for this whole ordeal. Have a brilliant day. 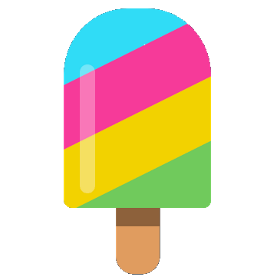 We have reviewed your appeal and approved it in your favor.
You can now re-join our server via this link https://discord.gg/english